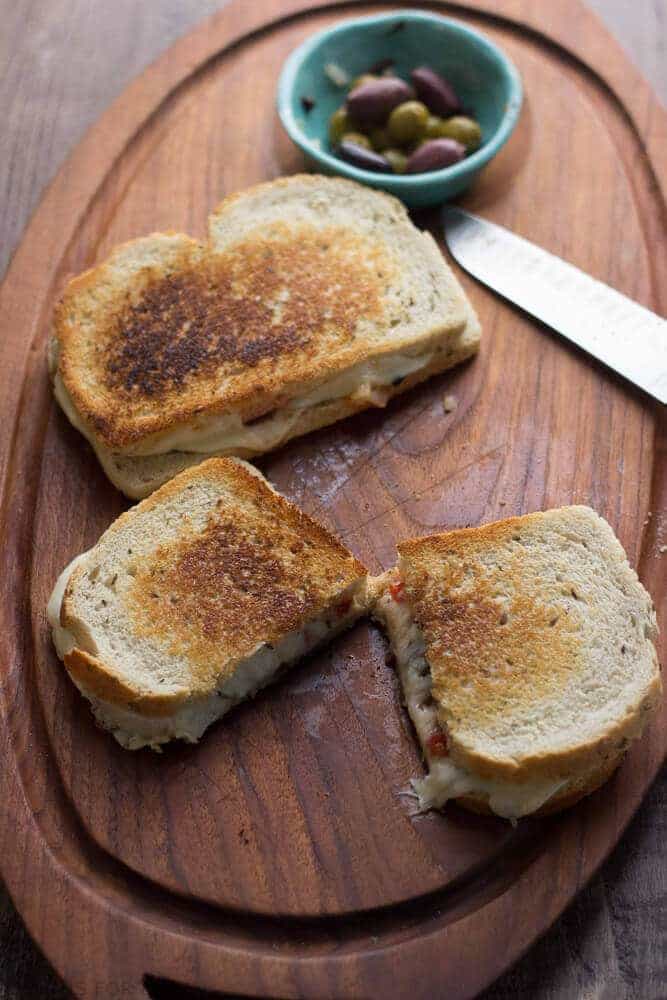 Throughout all my pregnancies, I held the belief that when it came to food, I should have whatever I wanted. I admit, I sort of used this as an excuse to over eat. I am usually a very controlled eater, so I always took eating for two very literally. 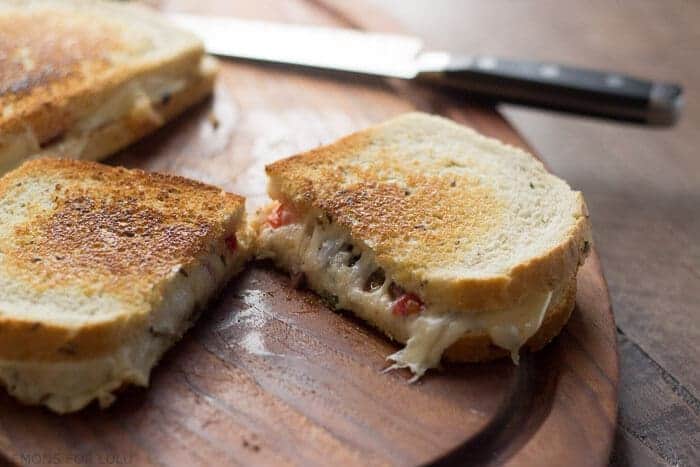 I remember during my first pregnancy, my husband and I went on a dinner cruise. While we were slowly rolling on the river, I was eating massive amounts of cheese cubes. That was our appetizer. Rather, that was MY appetizer, my husband didn’t get any. I couldn’t stop myself. That cheese was like orange gold for my pregnant body. Each cube tasted better than the last and I shoveled them in quicker than you could say dinner cruise. It wasn’t until I’d eaten at least a pound of cheese that my stomach started to feel what I had just accomplished. I was sick and after staring down at the empty cheese platter, I was slightly disgusted with myself. I don’t believe I ever ate that much cheese again in my life. 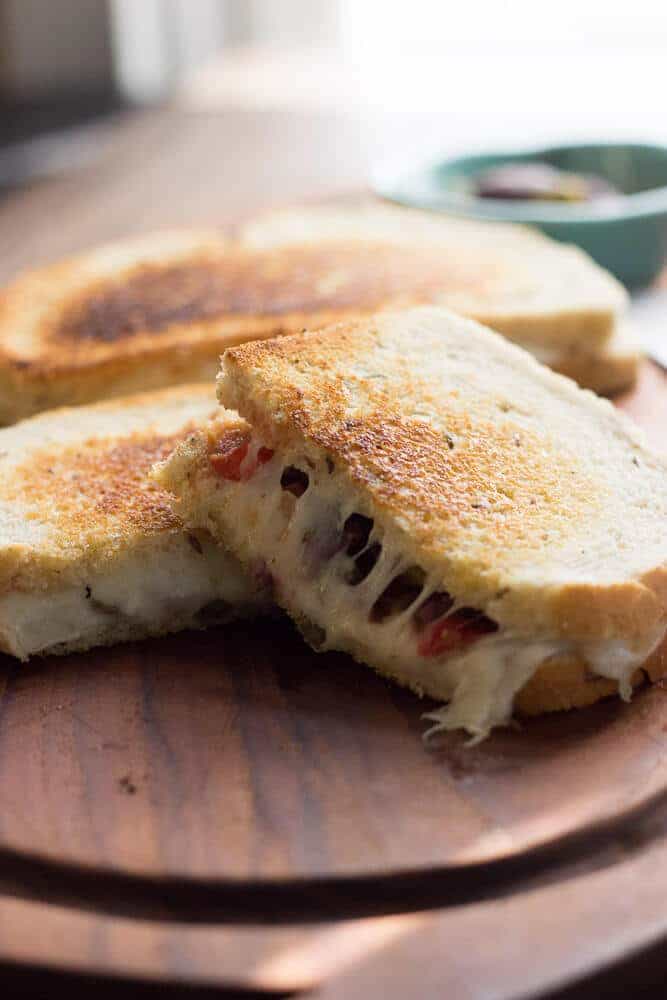 The irony of my cheese gluttony is that the daughter I was carrying at the time isn’t a fan of cheese. My fault? Perhaps. It hasn’t stopped me from using cheese as often as possible in my cooking. Another thing I use as often as possible? Olive salad. I love, love, love muffuletta anything and the olive salad used in traditional muffuletta sandwiches is a weakness of mine. I try to use it as often as possible. I use it on pizza and on dips: it’s just crazy good!. Stuffing this olive salad into a grilled cheese is one of my best ideas yet. The creamy provolone is the perfect mild counterpart to the tangy, salty olive salad. The olive salad is forgiving, you can swap out veggies as you need, just be sure to use the olives!

This grilled cheese recipe would make the Big Easy proud! It’s easy, delicious and sort of addicting. This muffuletta grilled cheese just might have me binge eating cheese all over again!

Add the warm flavors of fall to your tea, coffee, pancakes, and cocktails with this easy homemade pumpkin spice syrup. This syrup is very easy to make and always adds a little END_OF_DOCUMENT_TOKEN_TO_BE_REPLACED

This roasted pumpkin hummus will be a big hit during your holiday dinners. Serve this tasty pumpkin hummus up as an appetizer for Thanksgiving with fresh veggies. You can END_OF_DOCUMENT_TOKEN_TO_BE_REPLACED

This creamy no-bake pumpkin pie recipe is no ordinary Thanksgiving pie! It is light and fluffy with the creamiest pumpkin filling. When you are ready to break with tradition, END_OF_DOCUMENT_TOKEN_TO_BE_REPLACED