A simple, flavorful meal that is perfect for breakfast, dinner, and everything in between! 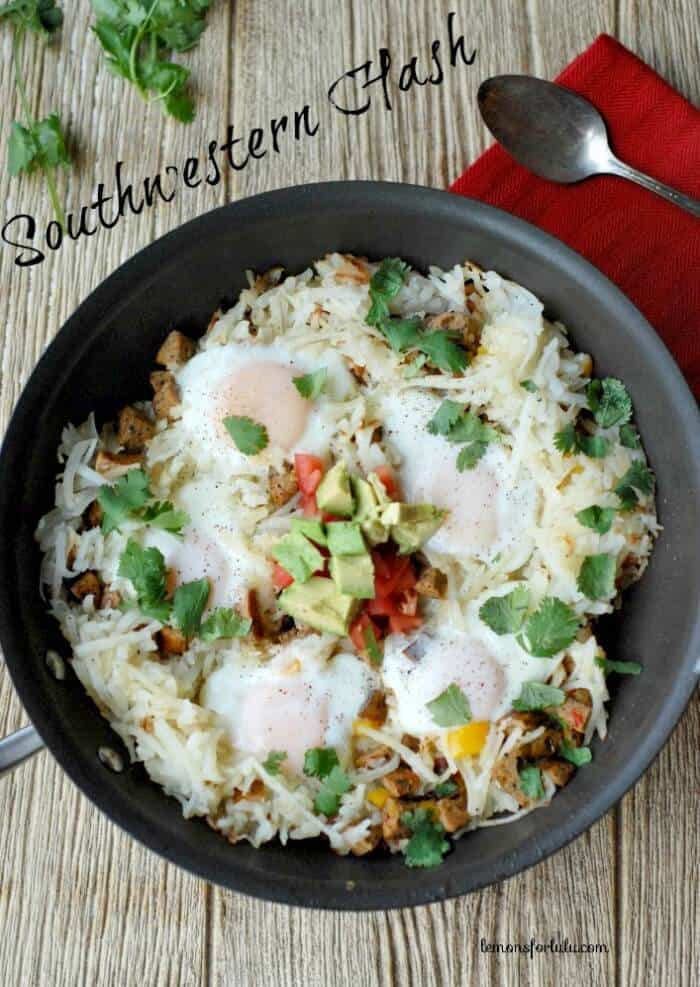 You’re going to love this southwest breakfast recipe. Not only is it easy to make but the tastes are phenomenal. The moment you dig in, the egg yolk blends with the potatoes, and veggies to taste like pure heaven! This is a fabulous meal for any time of day-don’t limit it to just breakfast! It was quick to prepare for dinner and thoroughly gratifying!

What is breakfast hash?

It’s a simple mixture of cooked hashbrowns and other ingredients (usually meat included). It can come in many different varieties or flavors and be served any meal of the day. The name comes from the French word “hacher” which means to chop (like finely chopped potatoes). It’s a great recipe that originated as a way to use up leftovers so feel free to use what you have on hand to customize your own hash recipe. 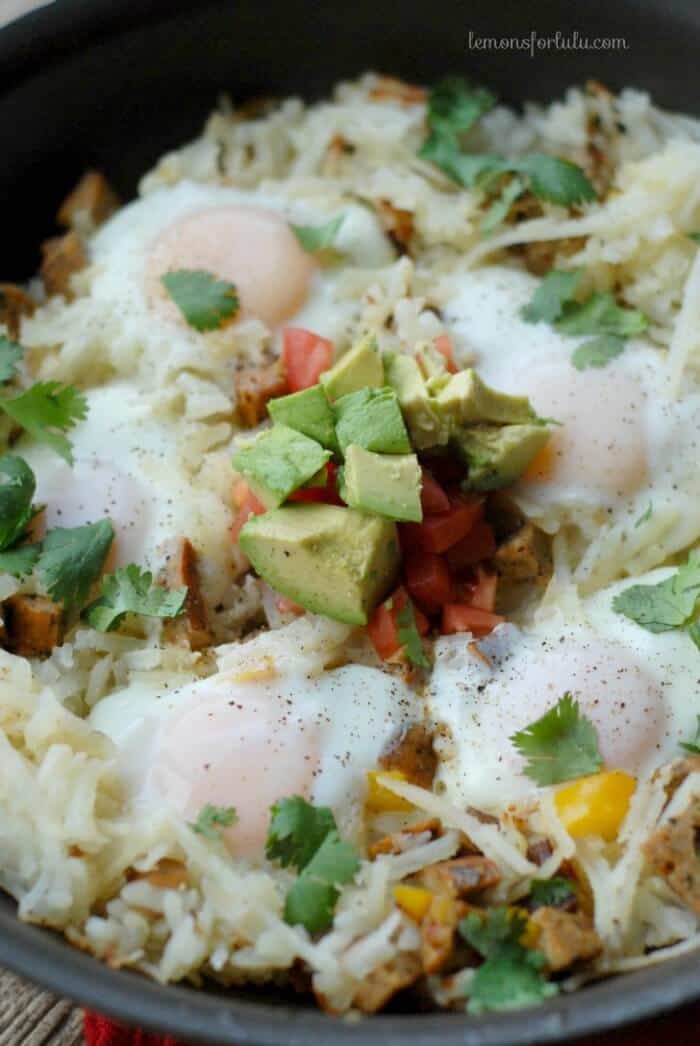 For the exact amounts needed, please see the recipe card below.

How to Make Southwestern Potato Hash 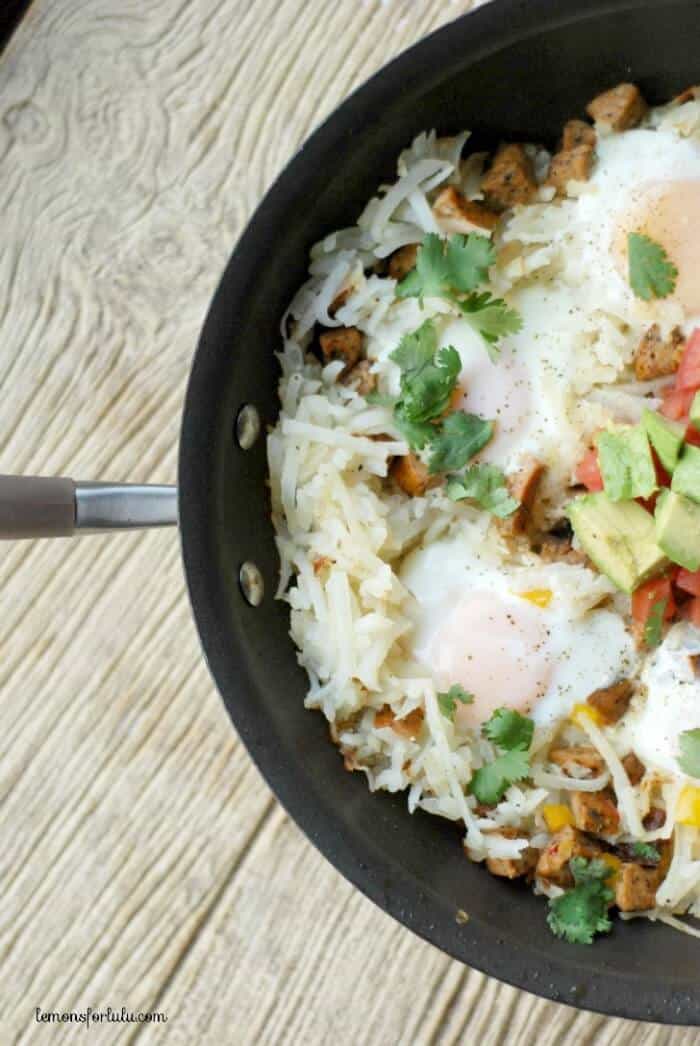 For this breakfast potato hash recipe, I slightly adapted the Mexican Chorizo Hash from an issue of Cooking Light Magazine. I replaced the chorizo with Fajita flavored chicken sausage, but any sausage will work just fine with this recipe.

Just before serving I added some Roma tomatoes and avocados, they both went really well with the flavors and textures that we have going on here.

What to serve with breakfast hash

this breakfast hash would be great served alongside some fresh fruits, a hearty stack of pancakes, biscuits, or even just a simple serving of buttered toast. because the hash already includes meat, cheese, potatoes, and eggs, there really isn’t much needed to serve alongside it and the dish itself feels like a complete meal so adding any side dishes is completely optional.

Does hash always have potatoes?

True hash recipes will always have hash as it is a potato recipe. But that’s not to say that there aren’t low carb options using cauliflower or vegetables instead of potatoes out there. Typically the main ingredient is potatoes and the hash is also most likely to contain meat and some onions as well. they also usually contain other veggies like bell peppers or green onions for added color and flavor.

What potatoes are hash browns made from?

most of the time russet potatoes are used for hashbrowns because they are more starchy and because of that, they can develop a nice crisp edge when fried. Harder waxier potatoes like red potatoes have a high moisture content and hold their shape well so that they don’t give us what we want or expect from traditional hashbrowns.

Looking for more delicious hash recipes? Check out this Turkey Hash or my recipe for Sweet Potato Hash with Salmon and Eggs.

Add the warm flavors of fall to your tea, coffee, pancakes, and cocktails with this easy homemade pumpkin spice syrup. This syrup is very easy to make and always adds a little END_OF_DOCUMENT_TOKEN_TO_BE_REPLACED

This roasted pumpkin hummus will be a big hit during your holiday dinners. Serve this tasty pumpkin hummus up as an appetizer for Thanksgiving with fresh veggies. You can END_OF_DOCUMENT_TOKEN_TO_BE_REPLACED

This creamy no-bake pumpkin pie recipe is no ordinary Thanksgiving pie! It is light and fluffy with the creamiest pumpkin filling. When you are ready to break with tradition, END_OF_DOCUMENT_TOKEN_TO_BE_REPLACED