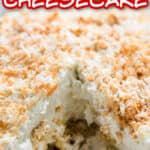 This no-bake cheesecake recipe is coconutty and creamy! This dessert is easy to come together and tastes sweet and delicious! This cheesecake is a must for coconut lovers! 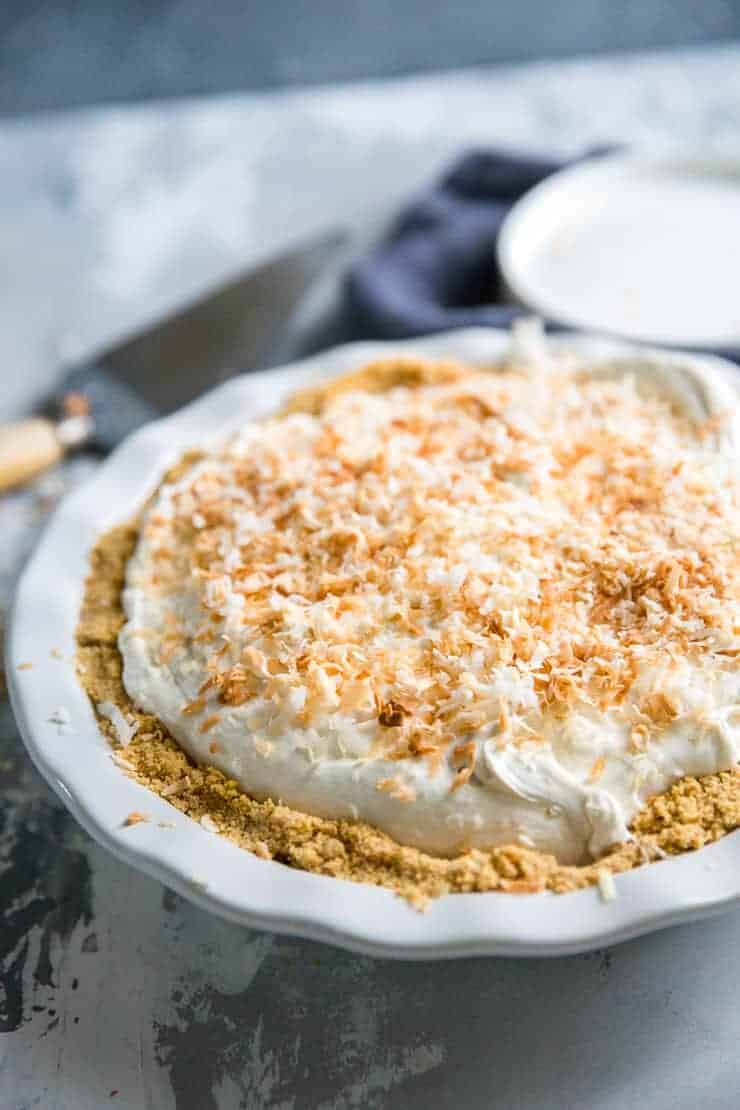 We have reached the end of an era in this household.  My youngest, who is 11, has admitted that she no longer believes in the Easter Bunny.  I knew she didn’t, but to hear it come out of her mouth was a bit sad. If she doesn’t believe in the Easter Bunny, then she knows about Santa.  Once Santa goes, the magic goes too.

I suppose given what is going on in the world, it may have been hard to explain the appearance of the Easter Bunny.  In a way this all makes my life easier, right? It also makes it just a little less imaginative too.

Now that there isn’t the same sort of Easter basket pressure, I may forgo some of the candy and just serve pie!  This no-bake cheesecake recipe, with all its coconut flavor, is perfect for Easter! 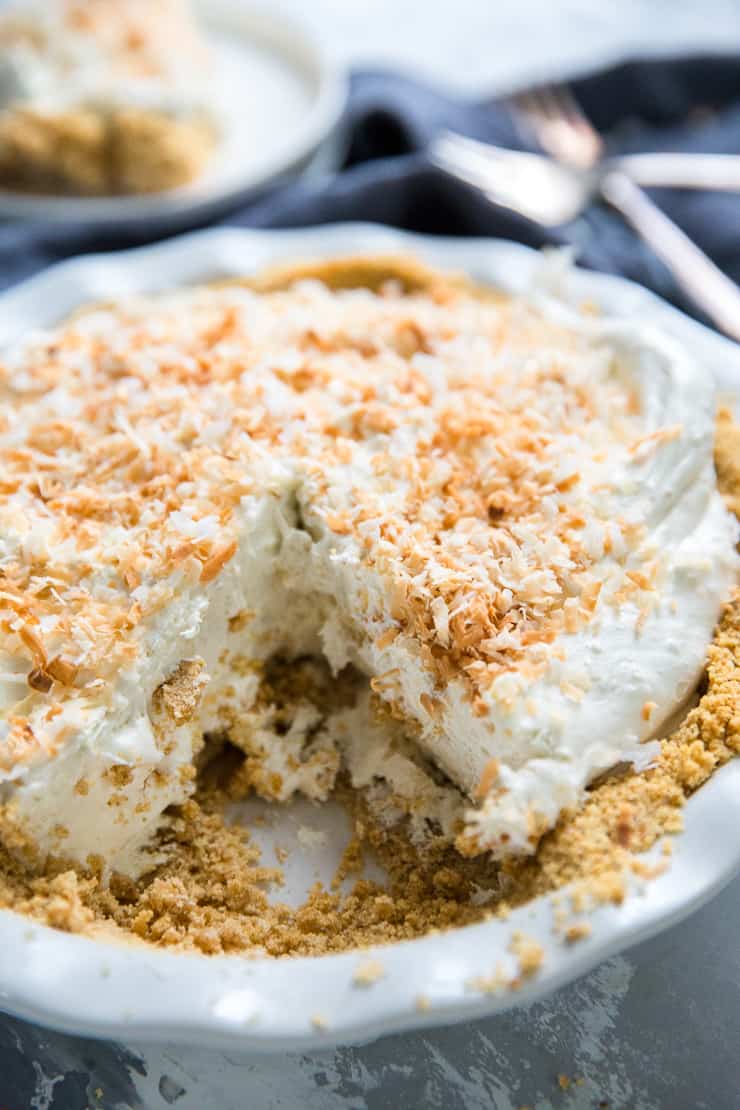 What Is No-Bake Cheesecake?

No-Bake cheesecake is a creamy, easy version of a baked cheesecake.  It is often made with a graham cracker crust, keeping the whole pie out of the oven.

These cheesecakes are simple ad can take on any flavor! 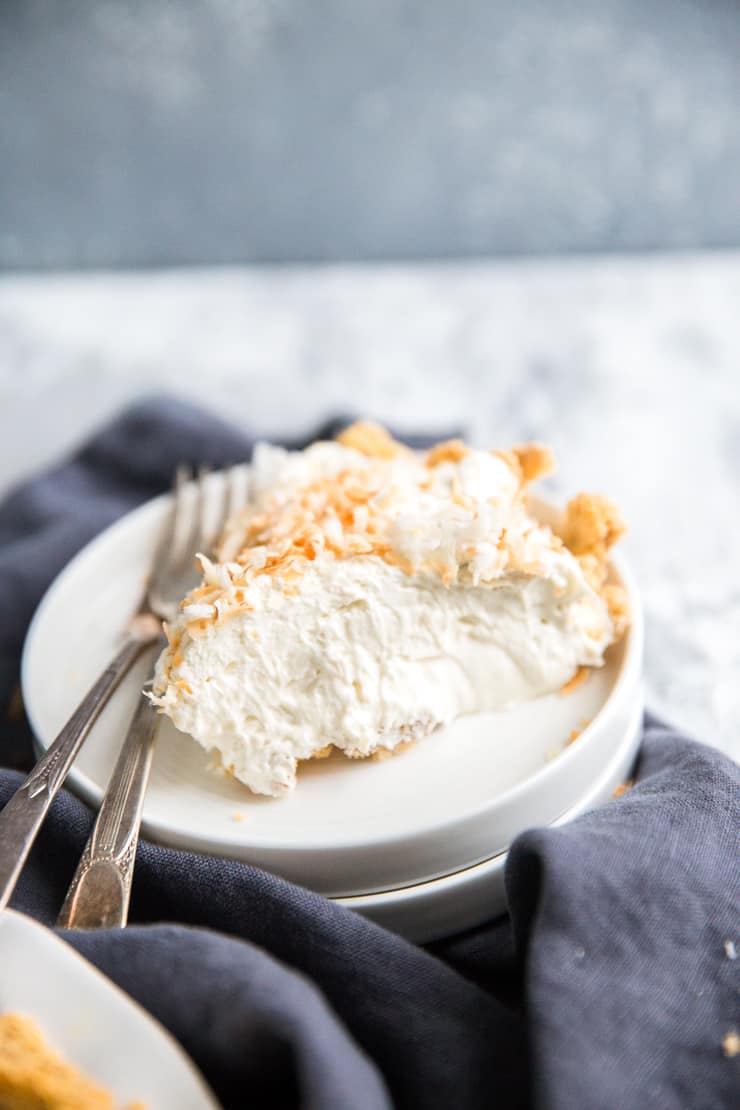 What Do I Need To Make This Coconut Cheesecake?

Cream of coconut (see below)

How Do I Make No-Bake Cheesecake?

For this recipe, we will start with the crust.  In a bowl, combine the graham cracker crumbs, sugar and melted together and press the mixture into a 9-inch pie plate.  Place the crust in the freezer while you prepare the filling.

For the filling, cream together softened cream cheese, creme de coconut, and extract until cream cheese smooth and creamy. Fold the Cool Whip into the cream cheese mixture.

Pour the filling into the prepared crust and top with toasted coconut.  Refrigerate the cheesecake until ready to serve. 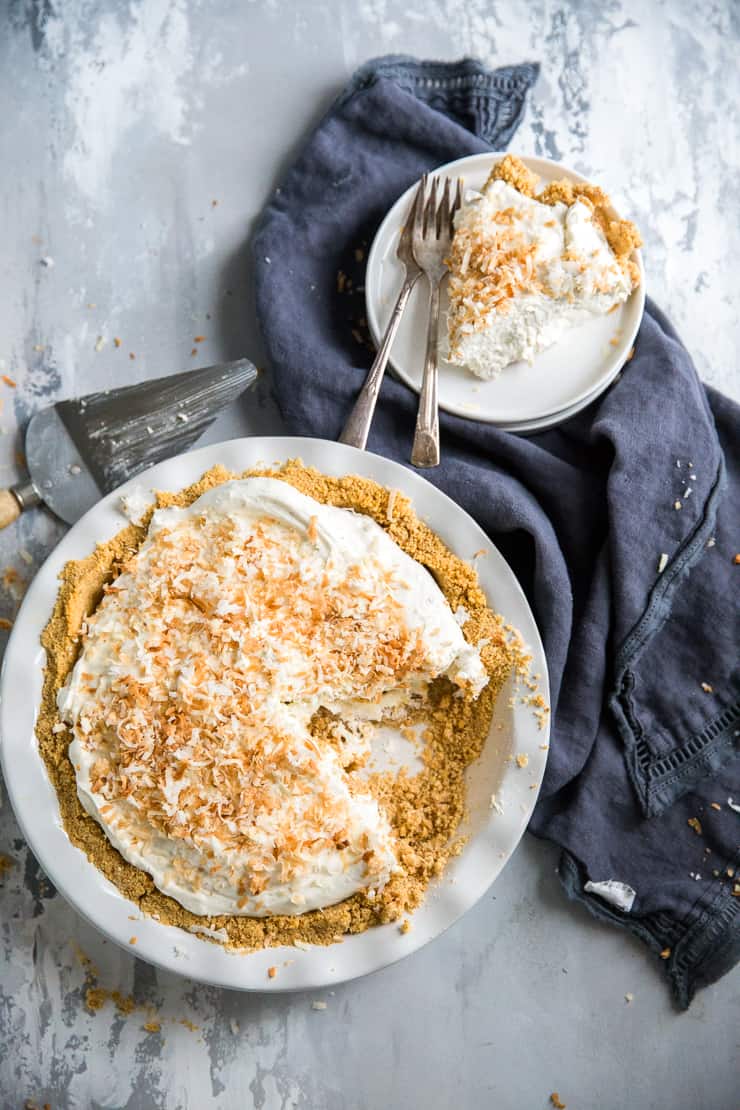 Can This Coconut No-Bake Cheesecake Be Frozen?

Yes, once the cheesecake has set-up properly in the fridge you can freeze it (or freeze the leftovers).

Wrap the cheesecake well in plastic wrap, and then in aluminum foil and freeze for up to 3 months. Thaw in the fridge before serving. 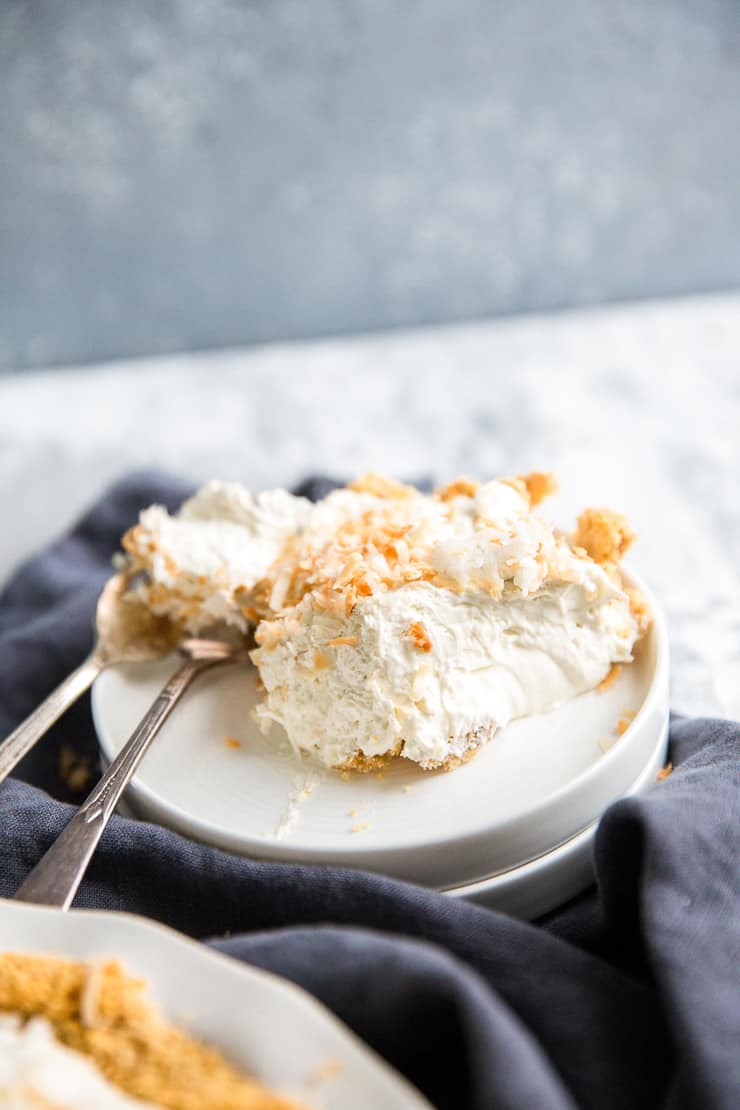 How Do I Toast Coconut?

Be careful when toasting coconut. It has to be watched very closely, coconut burns very quickly.

What is Cream of Coconut? The two best-known brands of cream of coconut are Coco Lopez (found in a can) and Coco REAL cream of coconut which comes in a white squeeze bottle.  Both are primarily used for drinks like Pina Coladas. They are a little sweet and thick which is why I like to use them in this cheesecake as opposed to canned coconut.

If you would prefer to avoid using Cool Whip, then beat heavy whipping cream with a little sugar until stiff peaks form. Fold the whipped cream into the recipe as directed.

A premade graham cracker crust can always be used for this recipe.

As an Amazon Associate and member of other affiliate programs, I earn from qualifying purchases. 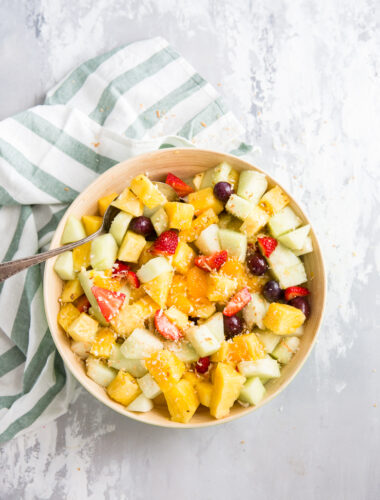 Fruit salad is a great way to enjoy summer’s finest.  Fresh, ripe fruits are tossed in a simple Pina colada inspired sauce and tossed with coconut.  This tropical fruit END_OF_DOCUMENT_TOKEN_TO_BE_REPLACED 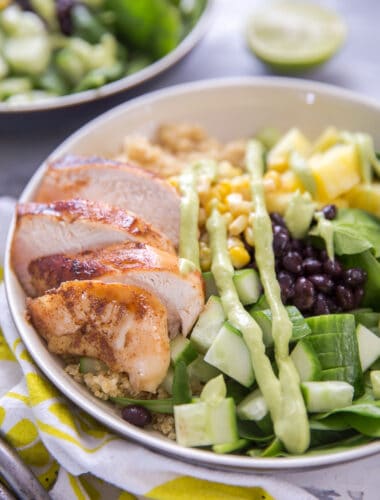 This quinoa bowl is loaded with tender and flavorful Jamaican Jerk chicken.  Cool fruits and veggies add a nice contrast to the spiced-up chicken.  This bowl is healthy, END_OF_DOCUMENT_TOKEN_TO_BE_REPLACED 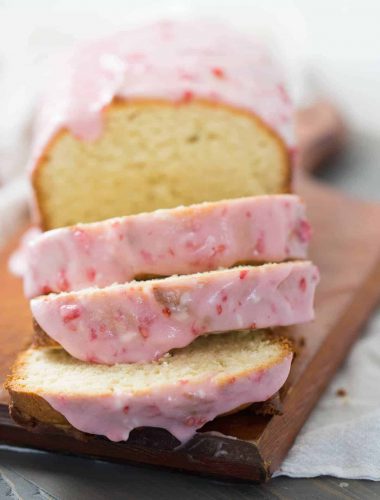 This key lime cake is a tangy sour cream pound cake that is drizzled with a sweet, homemade raspberry glaze.  Everything about this easy cake screams happiness! I think END_OF_DOCUMENT_TOKEN_TO_BE_REPLACED 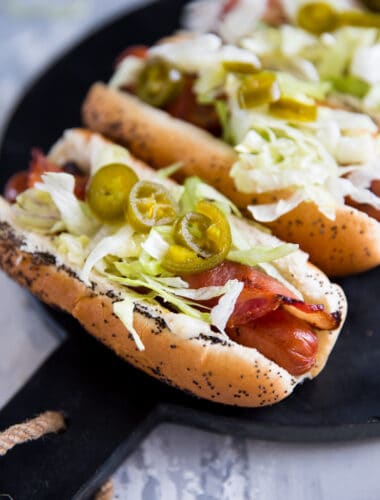 These elevate your plain old hot dogs into something amazing! Bacon makes everything better and that definitely holds true for hot dogs! These bacon-wrapped hot dogs have Queso and END_OF_DOCUMENT_TOKEN_TO_BE_REPLACED 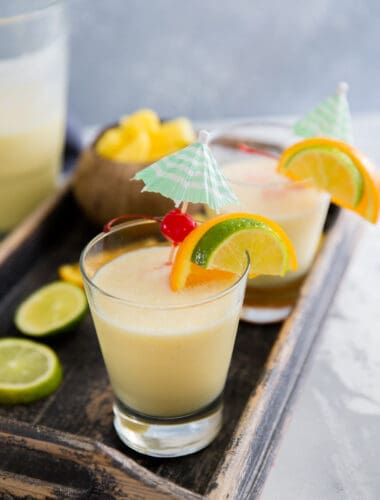 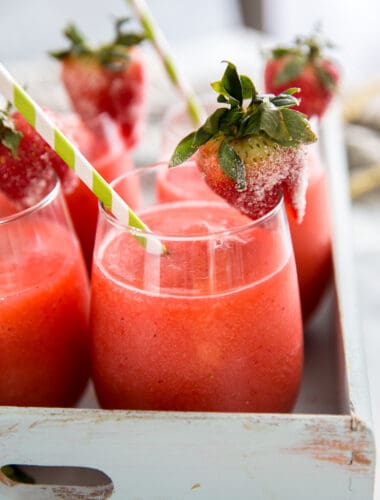 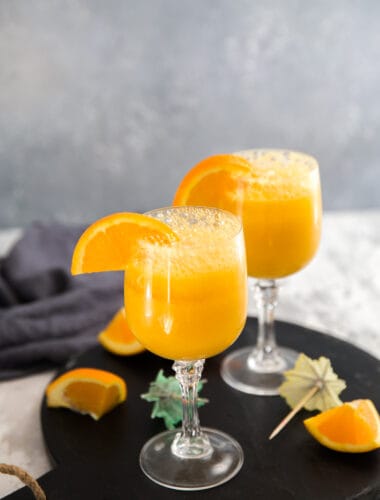 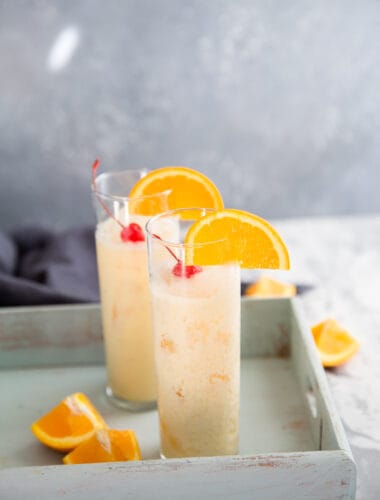 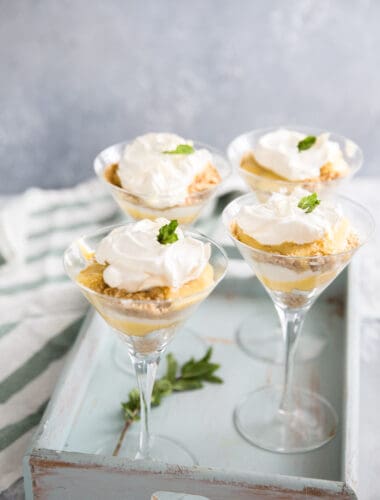 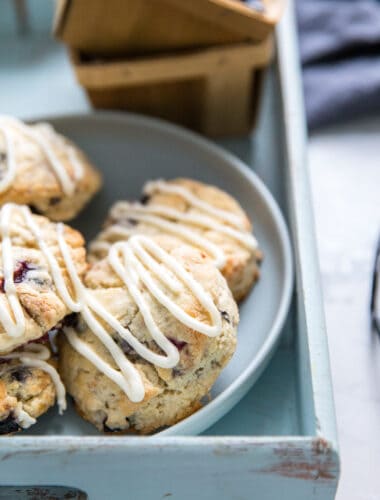 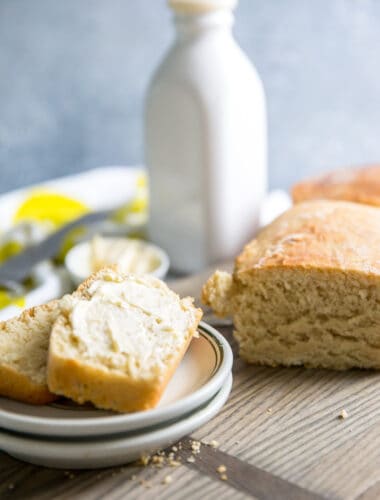 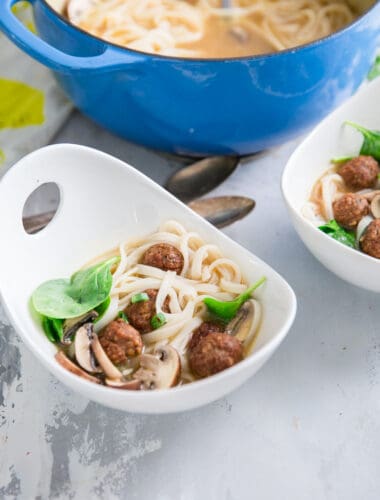 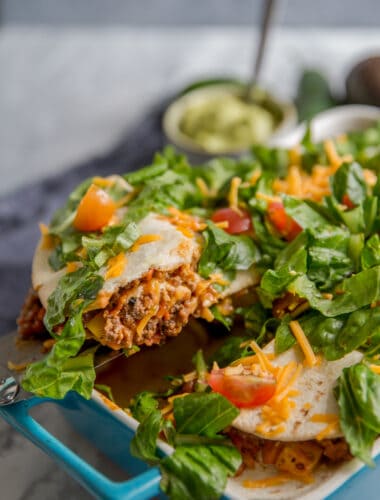 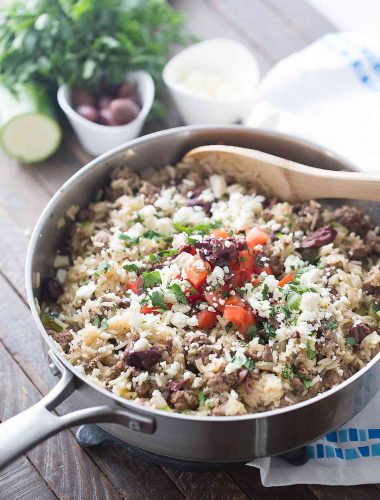