This easy recipe is great for entertaining but can be served any night of the week! 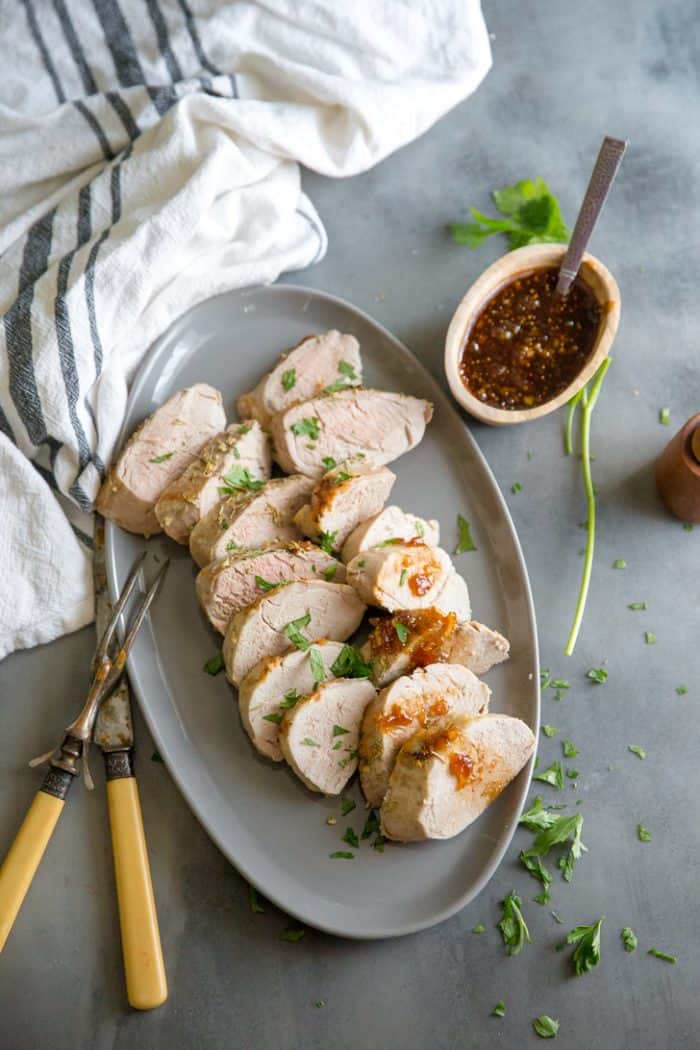 I grew up in a household where dried figs were treated as though they came directly from the gods. My mom would swoon every time she ate one. I never shared her enthusiasm. To me, they always seemed like raisins on steroids. I have a deep disdain for raisins. 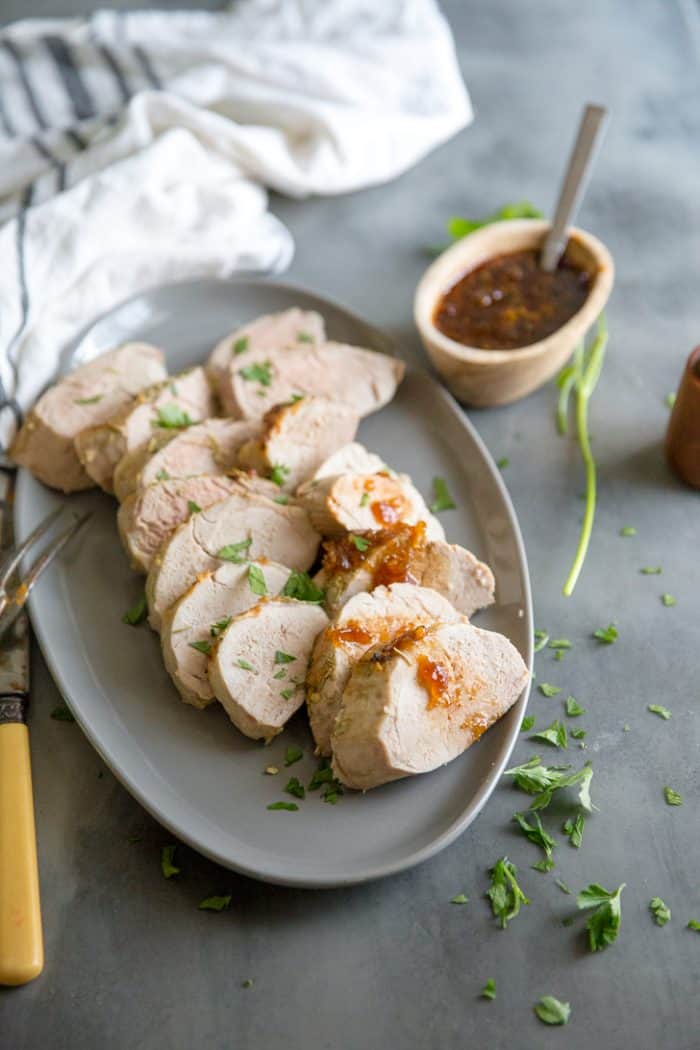 I dabbled in Fig Newtons, that’s as close as I could come to eating a dried fig. But let’s face it, Fig Newtons are not the same as a chocolate chip cookie. I ate them because there was nothing else around, but they were never my favorite. I never craved a Fig Newton quite like I would crave chocolate. When I was old enough to walk to the quicky mart to buy candy I stopped forcing down those darn Fig Newton’s. 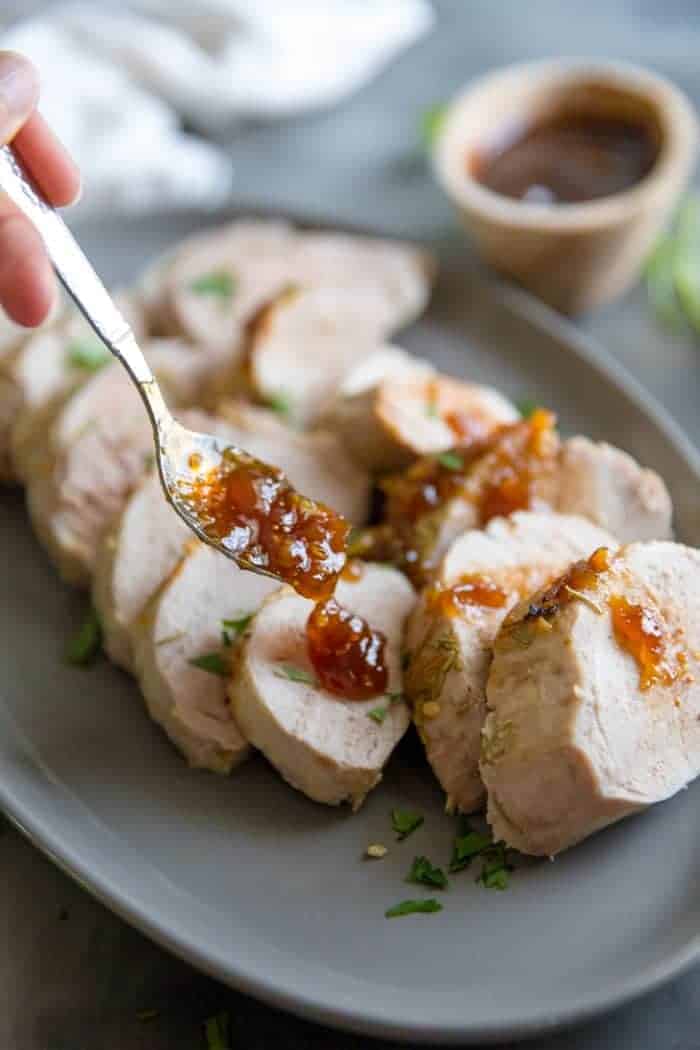 Just this year I decided it was time I revisit the good old fig. However, this time I tried it in the form of fig jam. I used it in these little brie cups and fell hard in love. I still think dried figs are gross, but fig jam is a whole other animal. It is so perfectly sweet; like thick honey, but deeper and richer. It is just beautiful. 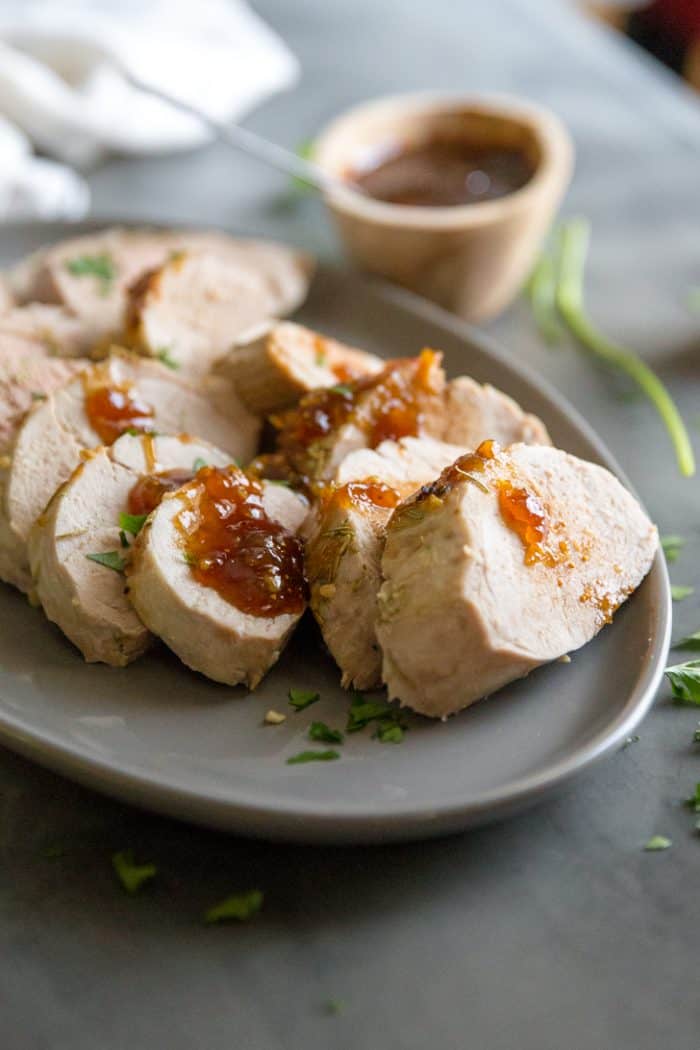 Pork tenderloin is so easy to roast in the oven. It actually doesn’t take long to cook as long as you brown it on the stove top first. This pork only took about 30-40 minutes in total. The lightly seasoned pork was really the perfect vehicle for the tangy/sweet sauce that I’ve created. The sweet fig jam is combined with tangy balsamic vinegar and heat just until it is thin enough to be called a sauce. The flavor combination hits every key taste bud in your mouth.

I’m not ready to pop dried figs like popcorn, but I am ready to indulge in fig jam on a daily basis. One day I may actually try a real fresh fig.

How To Roast Pork Tenderloin

Add the warm flavors of fall to your tea, coffee, pancakes, and cocktails with this easy homemade pumpkin spice syrup. This syrup is very easy to make and always adds a little END_OF_DOCUMENT_TOKEN_TO_BE_REPLACED

This roasted pumpkin hummus will be a big hit during your holiday dinners. Serve this tasty pumpkin hummus up as an appetizer for Thanksgiving with fresh veggies. You can END_OF_DOCUMENT_TOKEN_TO_BE_REPLACED

This creamy no-bake pumpkin pie recipe is no ordinary Thanksgiving pie! It is light and fluffy with the creamiest pumpkin filling. When you are ready to break with tradition, END_OF_DOCUMENT_TOKEN_TO_BE_REPLACED