What is more comforting than a warm, steaming bowl of soup? This Potato, Sausage and Kale soup is zesty, creamy and heart-warming! 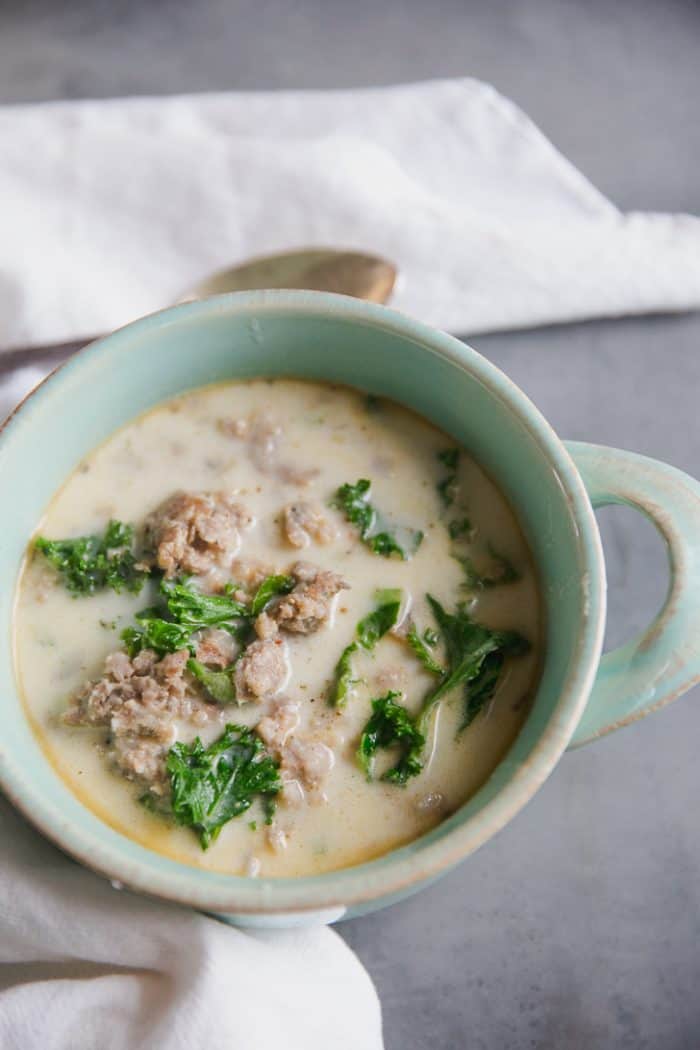 Potato, Sausage, and Kale Soup; the cure for the winter blues.

Soup and chili recipes tend to be seasonal menu items for me. When the seasons turn from summer to fall, I instantly turn to recipes like this beer cheese and macaroni soup or this slow cooker chicken chili. These types of recipes are pure warmth and comfort. 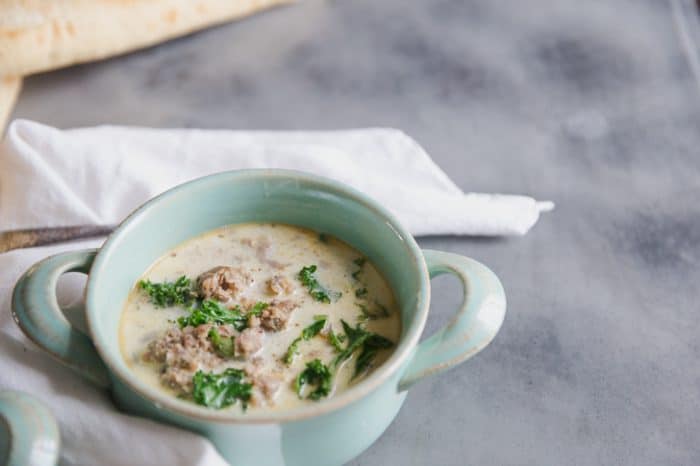 I was recently invited by the Ohio Pork Council to meet with some local hog farmers as well as the team from Bob Evans. Bob Evan’s is known for their pork sausage and they treated us, bloggers and farmers, to a variety of recipes using their sausage. The culinary team at Bob Evan’s treated us to dishes like Asian Maple Sausage Meatballs, Penne with Sausage & Spicy Cream Tomato Sauce, but what got my attention was this Potato, Sausage and Kale Soup.

Pork sausage in economical, simple and as evidenced by the recipes listed above, it is versatile. Ohio pork farmers are a supplier to the restaurant, but they are also suppliers to companies and farms around the country and in some instances, around the world.

I always enjoy talking to farmers, regardless of what they produce. Many farms (whether they are pig, dairy, beef, poultry, soybean or corn farms) are multigenerational farms that have been in the family for hundreds of years. What most consumers cannot see is the love that each farm family has for what they do. Every pig farmer I met was eager to talk about their farms and the industry. Each person had eyes that lit up when they spoke about their jobs and day to day life on the farm. They have such pride and are eager to educate anyone who wants to listen and learn. 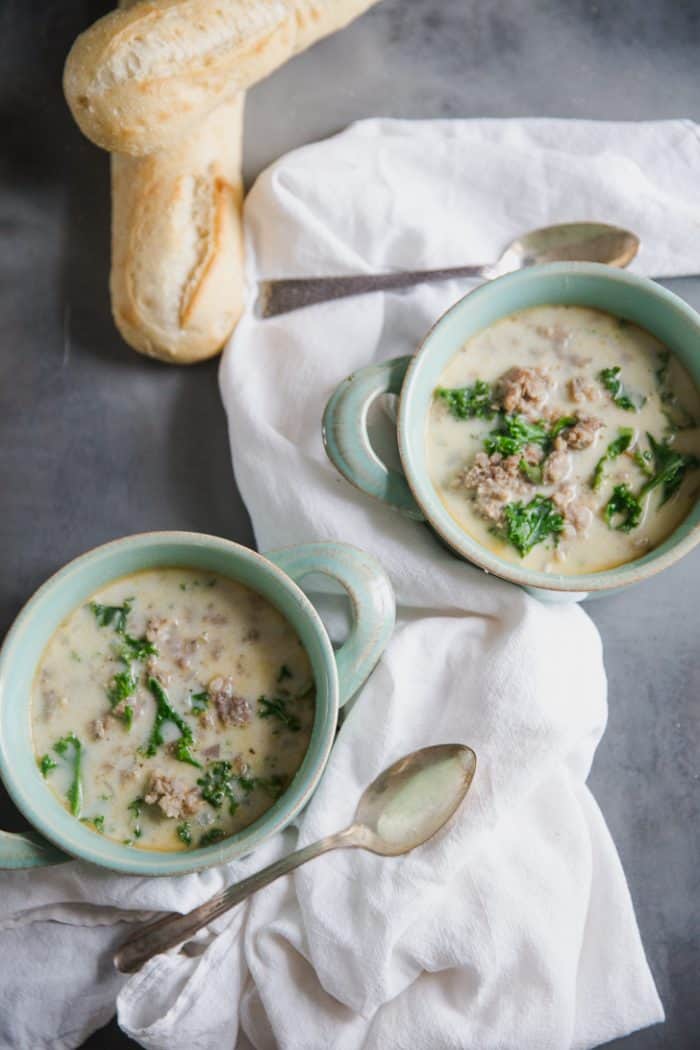 About this Potato, Sausage and Kale Soup

This recipe starts with a roll of Bob Evans Zesty Hot Roll Sausage, but you could use any flavor if spicy isn’t your thing. Onions and broth are added as well as Bob Evans Sour Cream and Chive Mashed Potatoes (yes, mashed potatoes are the secret ingredient). The potatoes along with a little heavy cream make this soup creamy and smooth. Fresh kale is added towards the end. This soup is quick, flavorful and family friendly!

If you like this soup, check out this Potato Soup with Leeks and Bacon!

Heat a large skillet over medium heat, add the pork sausage and crumble and cook until no longer pink. Drain the pork and set aside.

In a stock pot, melt the butter over medium heat. Stir in the onions and cook until translucent and soft, about 3 minutes. Pour in broth, cover the pot and allow the mixture to simmer for 20 minutes.

Stir in the mashed potatoes, simmer an additional 10 minutes. Puree the soup with an immersion blender until smooth(or add a to a blender, covering the top with a towel to allow steam to escape).

Add the sausage to the soup along with the heavy cream, bring soup to a simmer. Stir in the kale, cover and turn off the heat. Allow the soup to sit for 8 minutes so that the kale wilts slightly. Season soup with salt and pepper to taste.

Add the warm flavors of fall to your tea, coffee, pancakes, and cocktails with this easy homemade pumpkin spice syrup. This syrup is very easy to make and always adds a little END_OF_DOCUMENT_TOKEN_TO_BE_REPLACED

This roasted pumpkin hummus will be a big hit during your holiday dinners. Serve this tasty pumpkin hummus up as an appetizer for Thanksgiving with fresh veggies. You can END_OF_DOCUMENT_TOKEN_TO_BE_REPLACED

This creamy no-bake pumpkin pie recipe is no ordinary Thanksgiving pie! It is light and fluffy with the creamiest pumpkin filling. When you are ready to break with tradition, END_OF_DOCUMENT_TOKEN_TO_BE_REPLACED