Bacon Cinnamon Rolls with Maple Frosting is a breakfast dish you didn’t know you needed.

The maple frosting is the perfect topping for these salty/sweet bacon cinnamon rolls!

These bacon cinnamon rolls have everything you love about breakfast. The rolls themselves are soft and tender and filled with a blend of salty bacon, cinnamon, and brown sugar. These rolls are baked just until golden then once they are cooled they are smothered in a thick layer of maple frosting. You’re going to love these cinnamon rolls with bacon. It’s like waking up to the perfect breakfast. These cinnamon rolls with maple icing are the perfect balance of sweet and warm to complement the salty crisp bacon in every roll.

I adapted my dough recipe from Fleischmann’s beginner cinnamon rolls. I like this recipe for one thing; it’s simple and the rise time is limited. You do let the dough rest after mixing, but only for about 10 minutes. The second rise will come after you roll and slice the dough. You will let the dough rise for only one hour. This gives you time to cook your bacon and make your filling. 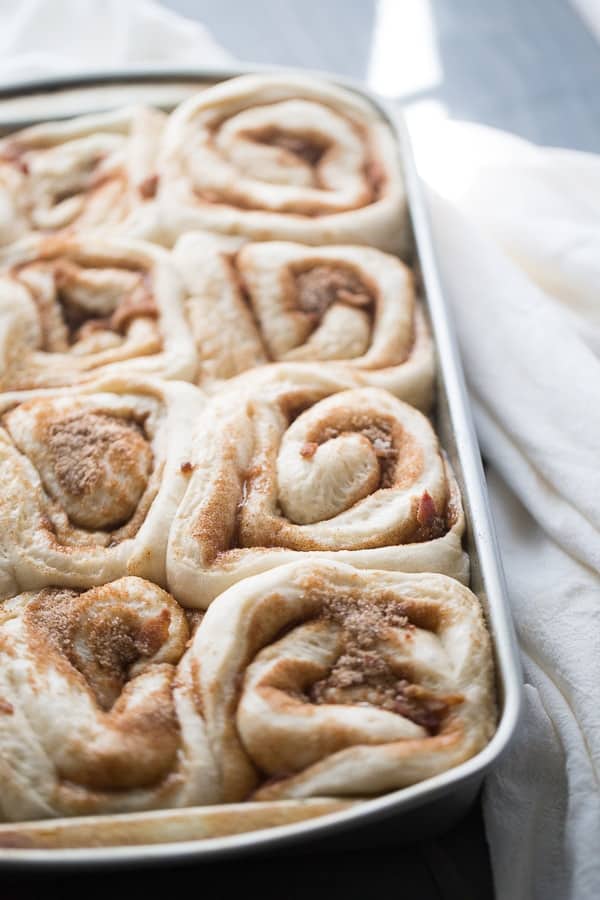 For the dough, you will need:

For the filling you will need:

For the frosting, you will need

For the exact amounts needed, please see the recipe card below. 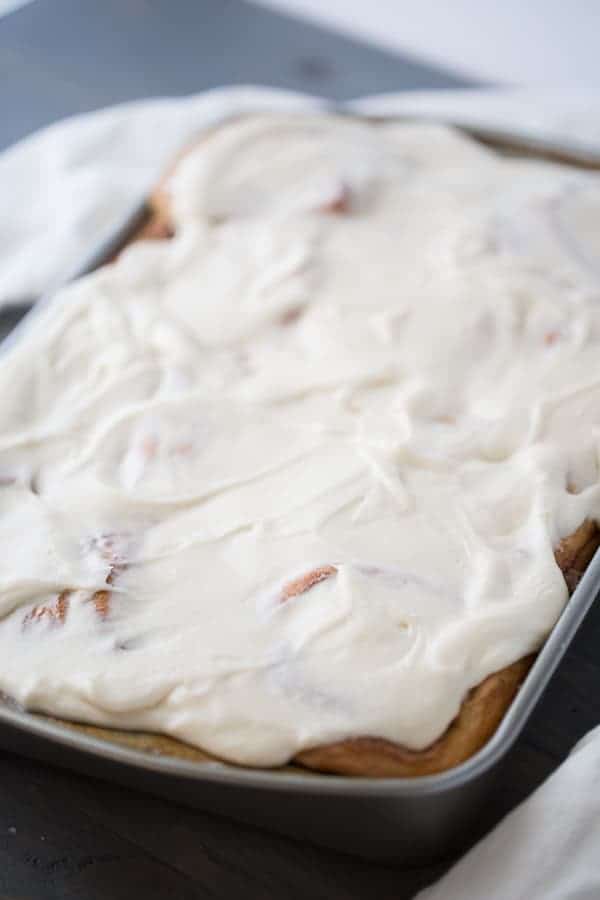 How to Make Bacon Cinnamon Rolls with Maple Frosting 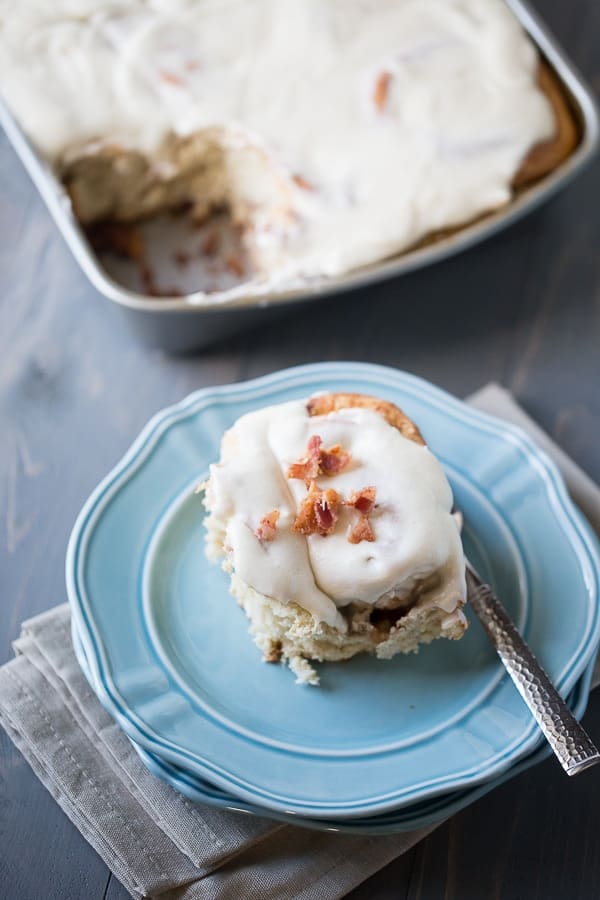 Can I make overnight cinnamon rolls?

Yes, make and assemble the cinnamon rolls exactly as directed above. Instead of allowing the sliced rolls to rise for an hour before baking, cover the top with greased plastic wrap and seal tightly around the pan. Place the pan into the fridge and let it slow rise overnight (for 8 hours). In the morning, place the pan onto the counter for about an hour as the oven preheats. Then bake as directed.

What kind of bacon should I use?

You can use any bacon that you already have on hand or that you think would be a great and flavorful combination. I like to use applewood smoked bacon or hickory flavored but any of them should work fine. You can even swap out about a tablespoon of milk in the icing and use bacon grease instead for a fuller bacon flavor in every bite.

How long are cinnamon rolls good for?

The homemade cinnamon rolls can last about 3-4 days when stored in an airtight container at room temperature. I would recommend eating them sooner rather than later as they taste best when fresh.

Add the warm flavors of fall to your tea, coffee, pancakes, and cocktails with this easy homemade pumpkin spice syrup. This syrup is very easy to make and always adds a little END_OF_DOCUMENT_TOKEN_TO_BE_REPLACED

This roasted pumpkin hummus will be a big hit during your holiday dinners. Serve this tasty pumpkin hummus up as an appetizer for Thanksgiving with fresh veggies. You can END_OF_DOCUMENT_TOKEN_TO_BE_REPLACED

This creamy no-bake pumpkin pie recipe is no ordinary Thanksgiving pie! It is light and fluffy with the creamiest pumpkin filling. When you are ready to break with tradition, END_OF_DOCUMENT_TOKEN_TO_BE_REPLACED