Soft and tender blueberry cupcakes are made with plump and fresh blueberries that are baked into a white cake.  The brown sugar frosting compliments both the berries and the vanilla baked into each little cake. 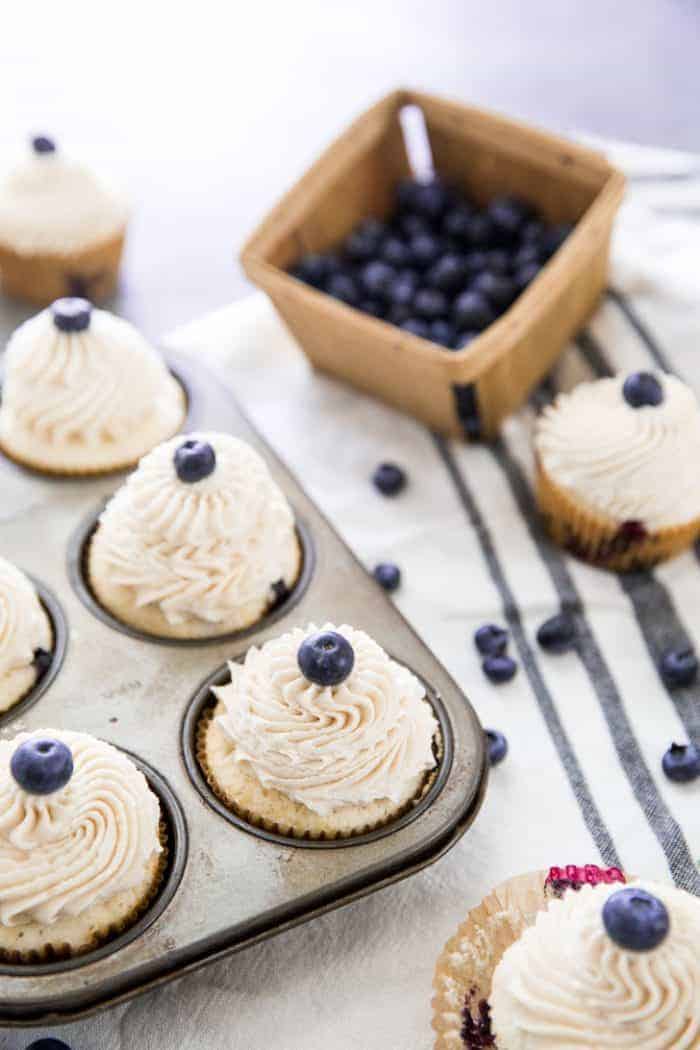 One of the first books I ever read to my first born was Blueberries For Sal. This kids book was originally published in 1948 and every bit of looks that old.  But the story is simple and sweet.  The book is about a girl and her mother who go blueberry picking the same time a mother bear and her cub go blueberry picking  Lines get crossed, Sal ends up following the mama bear, the cub follows Sal’s mom, and lots of blueberries get eaten along the way. 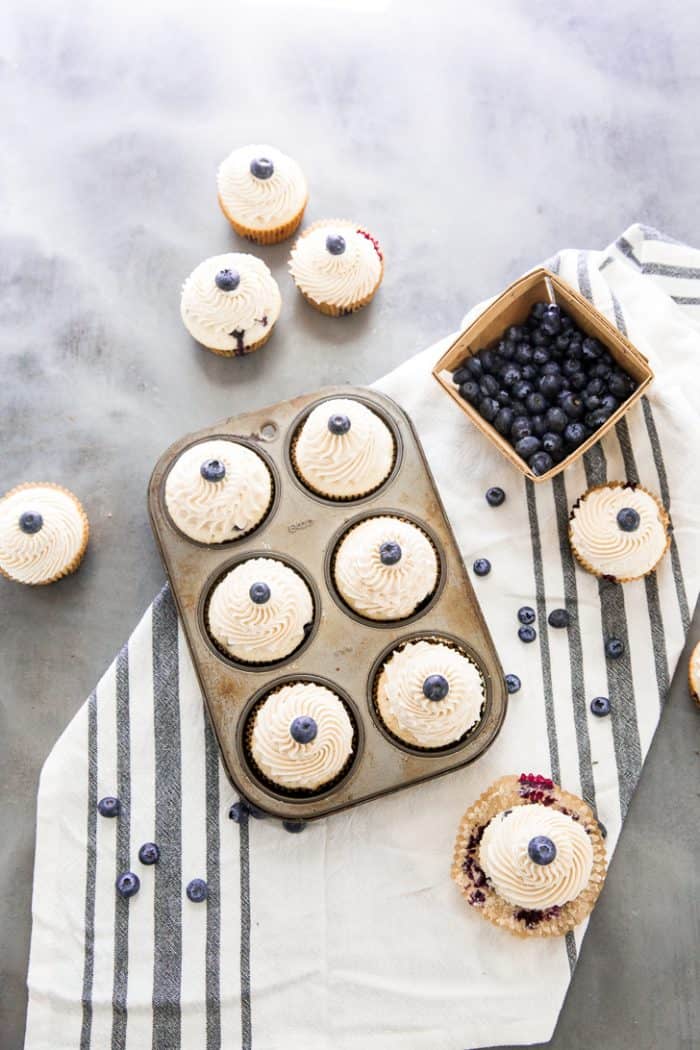 This is an unadorned book, with basic illustrations and no real moral message to speak of, unlike so many children’s book we own.  There is NOTHING wrong with morality, it is just nice, sometimes, to read a book because the story is sweet and innocent. 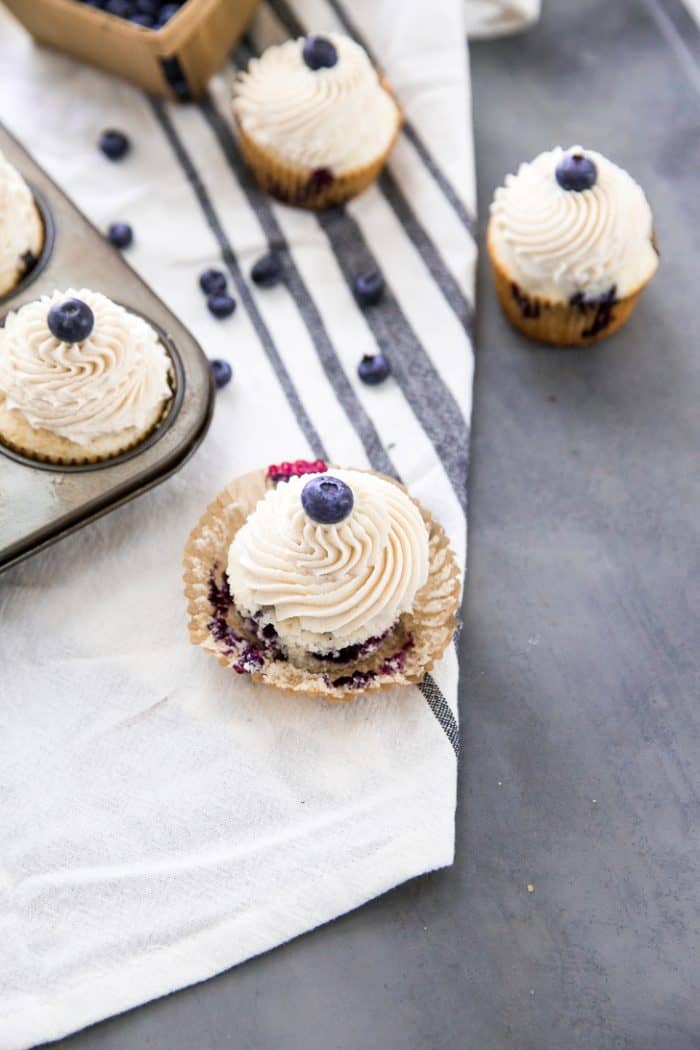 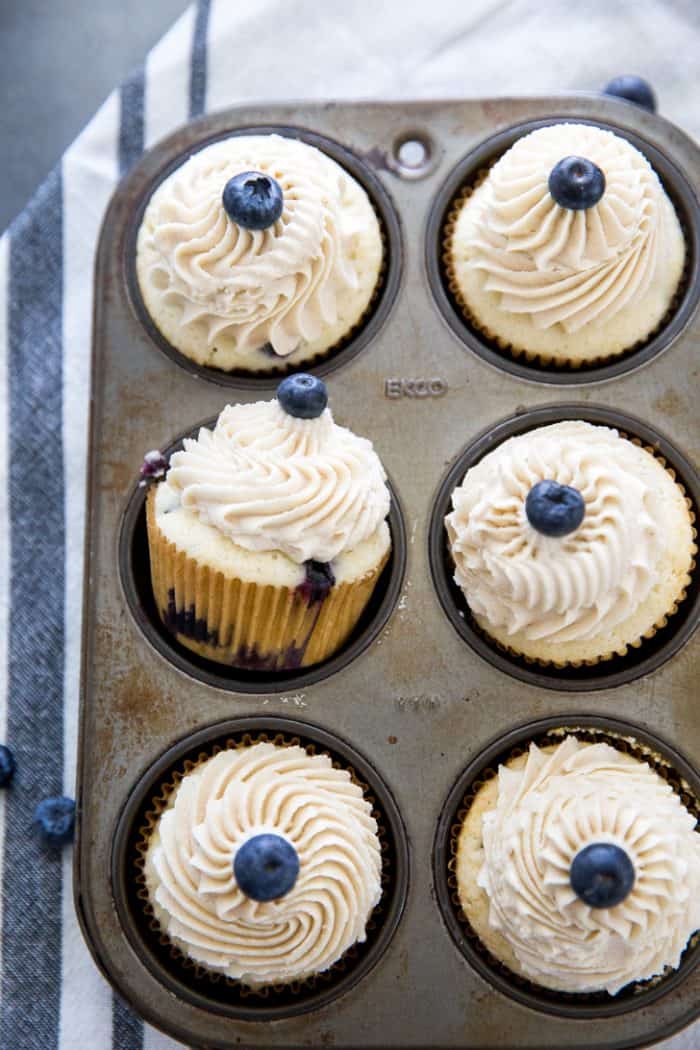 Preheat oven to 350. Line 3 cupcakes pans with liners and set aside.

In a measuring cup, combine milk and vanilla.

In a stand mixer, beat butter at medium speed until creamy. Add the sugar until fluffy.

In a separate bowl, sift together flour and baking powder. Carefully add flour mixture to butter mixture alternately with the milk, beginning and ending with the flour.

Fill each cupcake liner about 2/3 full. Bake for 18 minutes or until a toothpick inserted in the center comes out clean. Let cool completely before frosting.

For the frosting, beat the butter and shortening on medium speed until creamed. Slowly beat in powdered sugar one cup at a time. Mix in salt and vanilla, brown sugar and milk.

Cheeseburger soup is smooth, creamy and comforting! This soup will be a hit with kids of all ages; it will be a recipe you return to over and over END_OF_DOCUMENT_TOKEN_TO_BE_REPLACED

Detox Water is refreshing, cool, and loaded with health benefits! Don't save this drink for summer, drink it all year long! With all the fresh flavors and vibrant colors, you END_OF_DOCUMENT_TOKEN_TO_BE_REPLACED 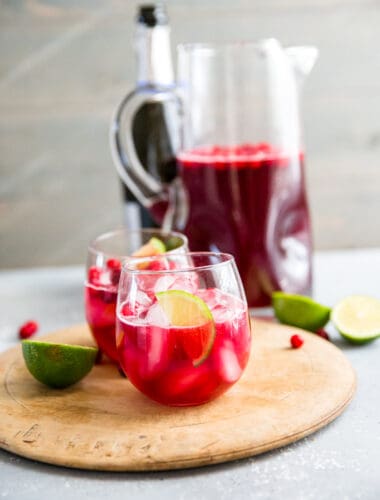 The sparkly champagne drink has a subtle sweetness that is blended with the tangy flavor of cranberries and key lime juice!   The cocktail is delicious, festive and END_OF_DOCUMENT_TOKEN_TO_BE_REPLACED

These classically flavored red velvet chocolate chip muffins are made with lots of chocolate flavor!  A simple treat to start off the morning!   What Is A Red Velvet END_OF_DOCUMENT_TOKEN_TO_BE_REPLACED 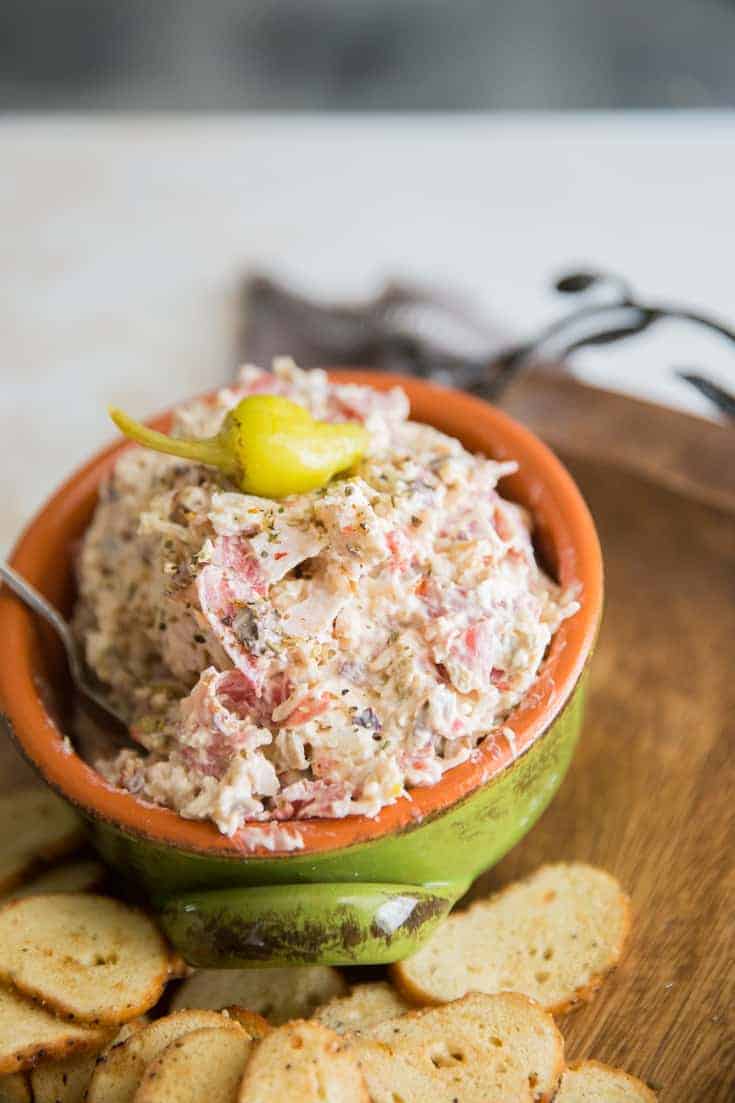 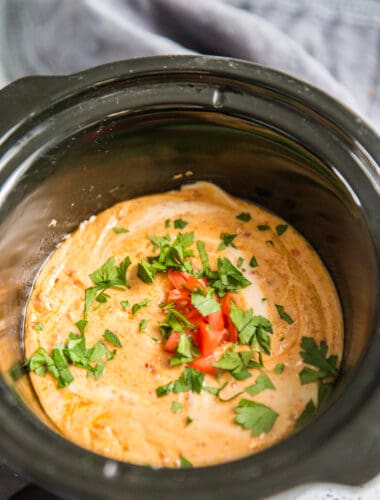 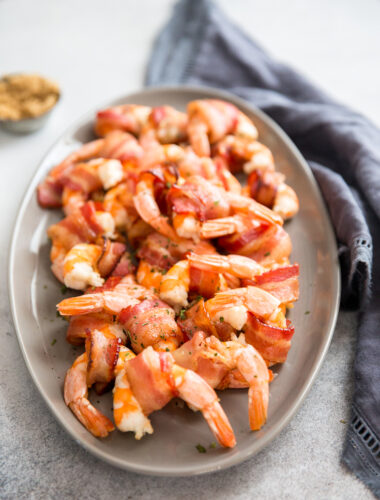 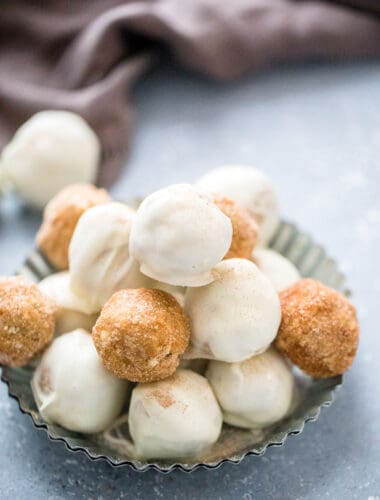 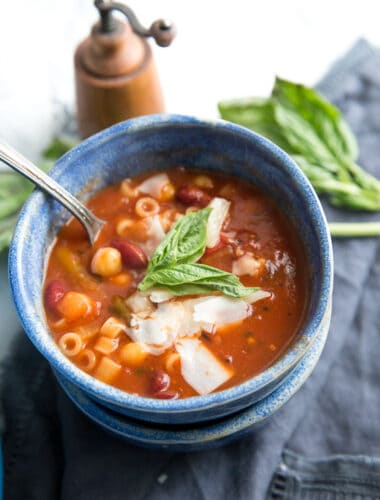